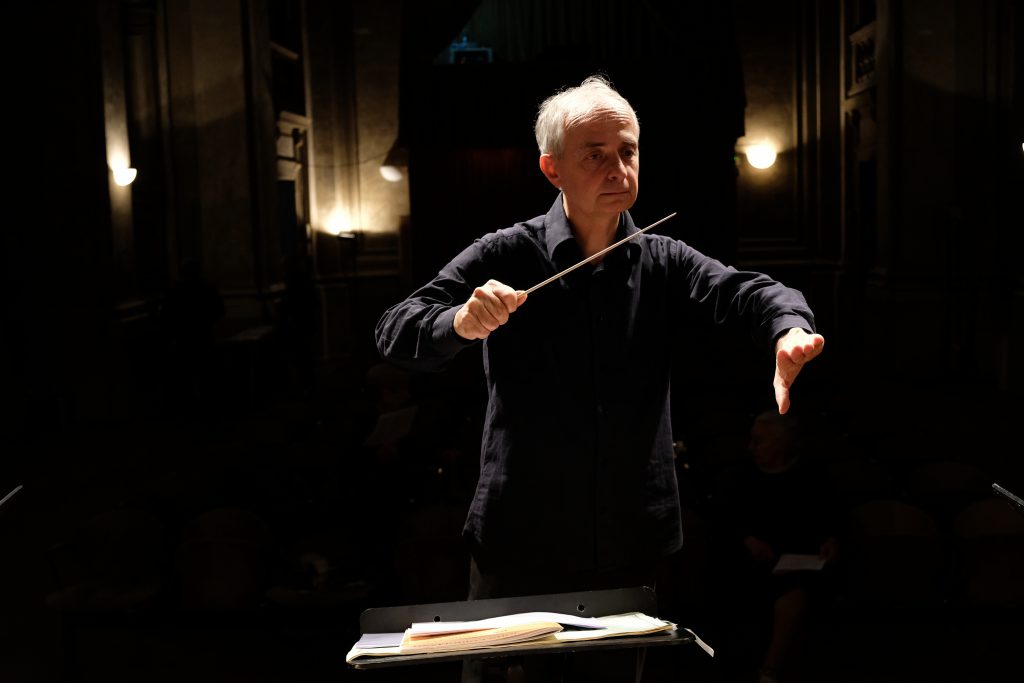 Vittorio Parisi is born in Milano and has studied Piano with Carla Giudici and Piero Rattalino, Composition with Azio Corghi and Irlando Danieli,  and Conducting with Mario Gusella and Gianluigi Gelmetti at the Milano Conservatoire. He has been Assistant for Gianluigi Gelmetti.
He specialized in Conducting with Kirill Kondrashin in Netherlands.
Following his debut at Petruzzelli Opera House, Bari, in 1979, he has conducted the Italian principal symphonic and chamber orchestras and many Opera House orchestras both in operas and symphonic concerts.
He has conducted in Germany, United States, Australia, New Zealand, Canada, France, Switzerland, Kazakhstan, Poland, Hungary, Albania, Turkey, Romania, Spain, Slovakia, Bulgaria, Khazakstan recording for the Radiotelevisions in many of these countries.
He has conducted many first performances of the most significant Italian and foreigner composers working also with Luciano Berio and John Cage and he has conducted first performances in modern era such as L’Ape Musicale by Lorenzo Da Ponte (American version), first performances on stage like Sogno di un Tramonto d’Autunno by Malipiero, first performances with an audience at the radio opera Don Perlimplin by Maderna or first revivals like Marie Galante by Kurt Weill.
Guest of important International and National festivals he has worked with acclaimed soloists, singers, actors and famous Stage Directors.
From 1984 until 1988 he has been First Conductor of the Angelicum Theatre Orchestra in Milano, from 2000 until 2003 Associate Conductor of the Philharmonic Orchestra of Milano Conservatoire and from 2003 until 2005 Artistic Director and Principal Conductor of I Solisti Aquilani.
In the contemporary music field he is Artistic Director and Principal Conductor of dédalo ensemble in Brescia since 1995.
He has extensively recorded, both live and studio, in symphonic and opera fields with label such as Naxos, Dynamic, Bongiovanni, Stradivarius, La Nuova Era and his performance of Dvorak’s New World Symphony has been chosen as first symphonic podcasting ever for New Zealand radio.
Since 1997 he teaches Conducting in Milan Conservatoire, since 2016 in Spaziomusica Academy for Opera Conductors in Genova, since 2013 in Orvieto Spaziomusicia Opera Workshop. President of Juty member of important International Conducting Competition